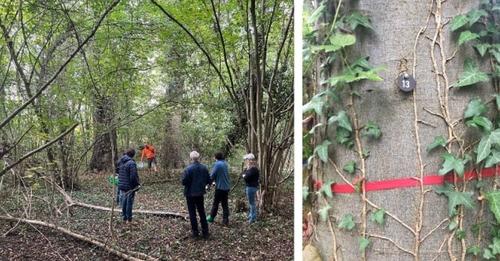 In Alsace, a cinerary forest will be installed in Muttersholtz, to allow deceased people to rest in the middle of nature.

Have you ever thought about where you would like to rest after your death? If this subject is not very happy, it has its importance. More and more French people are looking for an alternative to cemeteries, which lack places and cost more and more. 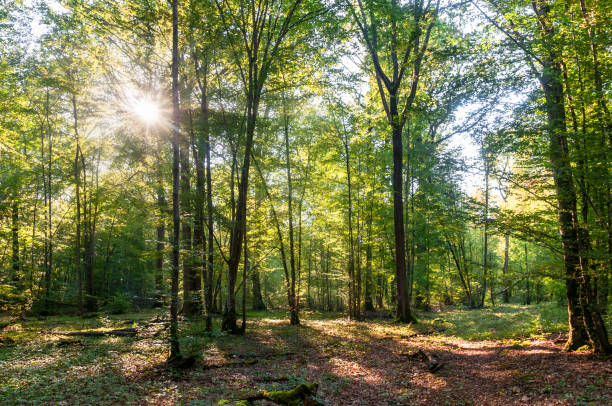 For this, a cinerary forest will be created in Alsace, in the municipality of Muttersholtz. This reserved space will allow deceased persons to rest in the middle of nature, in the forest. This concept, which has been widespread for twenty years in Germany, is arriving in France.

“In Germany, there are already such places almost everywhere. And I take the bet that it will soon be the case in France ”said Patrick Barbier, environmental mayor of Muttersholtz.

For the moment, 100 trees have been reserved, including oaks and hazels. At the foot of these trees, it will be possible to bury the urns of the deceased. The space will cover 10,000 m2 and will be easily accessible. Close to the road, it will be accessible to people with reduced mobility thanks to a stabilized path. In the clearing, a ceremonial table and stones will be set up for sitting.

In total, the trees will be able to house 1,200 funeral urns. On the ground, it will be possible to write the name of the deceased as well as their dates of birth and death, on a brass plate. As this forest will become a nature reserve, it will be forbidden to place flowers there.

“We have passed the legality check with the prefecture. The place will be fenced, even symbolically, and the ballot boxes will be made of natural, non-biodegradable stone. That way, they can be moved at the request of the family, which is legal. We will put numbers on the trunks while a small plaque on the ground will recall the name of the deceased. On the other hand, we will prohibit the deposits of flowers or ornaments so as not to pollute the place.explained the mayor of the town.

An alternative to cemeteries

This is not the first time that such a project has been implemented in France. In 2019, a first cinerary forest was created in Arbas, in Haute-Garonne. Although it was discontinued due to discussions with local state departments, the demand was there.

“There is a real need todaysaid Elia Conte Douette, who had invested in the cinerary forest of Arbas. From the population on the one hand because the cemetery does not meet the expectations of some people. Commons too because cemeteries are already overloaded. Without forgetting that there is a real tendency to return to nature. »

For the moment, reservations for this Alsatian forest are not yet open. Depending on the size of the tree chosen, it will cost between 400 and 800 euros for a resident of the town, and between 800 and 1,200 euros for outsiders. Residents interested in the project can contact the municipality at the end of winter. The forest should open next spring.

Oise: a dog watches over his dead master alone at his home for ten days
There is nothing sadder than to leave this world in the greatest indifference. This

More than 20 years have passed What do Harry Potter actors look like now?
On November 4, 2001, the premiere of the first part of “Harry Potter and

Italy: a cookie-stealing bear, transferred to an animal park, managed to find his favorite bakery
In Italy, a brown bear has been spotted stealing cookies from a bakery. Although
This website uses cookies to improve user experience. By continuing to use the site, you consent to the use of cookies.