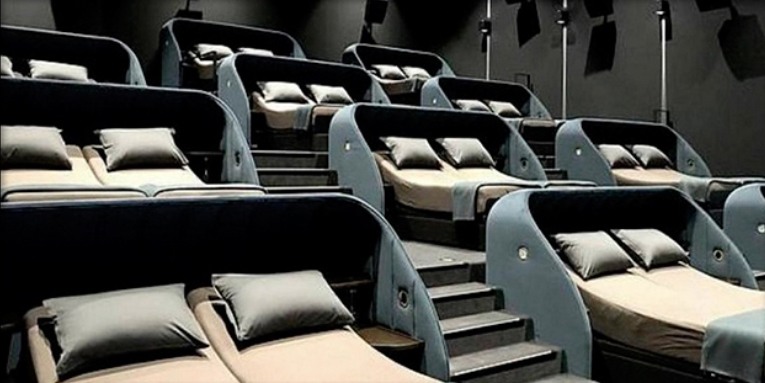 It would seem that there is nothing left that can surprise a modern person. The achievements of scientific and technological progress do not stop, continuing to improve the comfort of society. The inhabitants of the municipality of Spreitenbach, located near the border between Switzerland and Germany, were able to verify this.

A new cinema hall was opened here, the first working day of which welcomed seriously surprised moviegoers. Even the most seasoned moviegoers were surprised at the view of the room that opened up. Instead of ordinary armchairs, double beds have been installed in the hall. 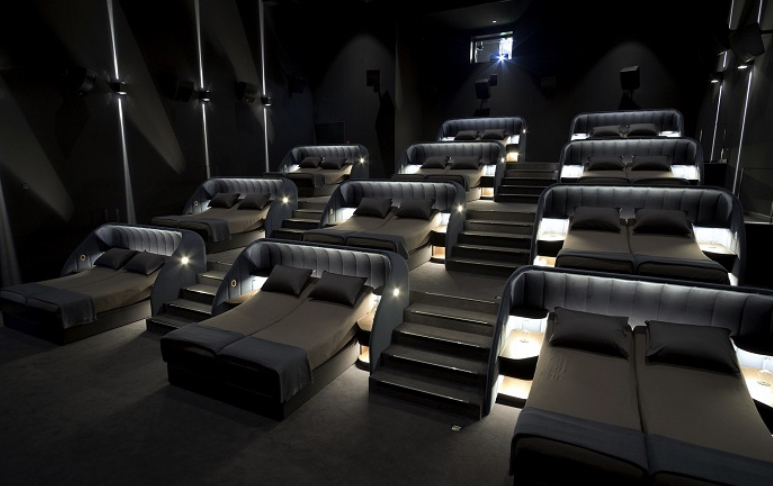 Of course, everyone was interested in the question of what caused such unexpected innovations and what is the prospect of such a solution for watching movies. The owners of the new cinema explained that this avant-garde decision was made not only to attract spectators, but more to meet their own ideas of comfort.

They are convinced that cinema chairs are obsolete and require a modern solution. After all, everyone knows that people prefer to watch the blue screen, comfortably seated on a plush couch, carrying something to chew and drink with them. Therefore, they took up this idea, which is already practiced in some countries.

In the morning, the room is re-equipped for screenings of films for children. 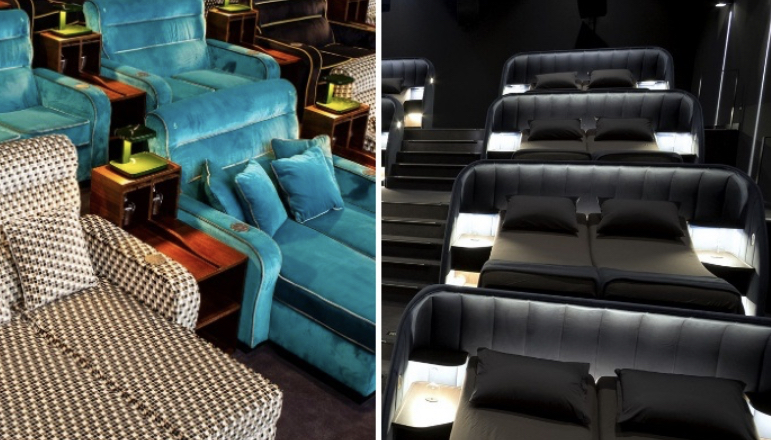 In the evening, those who wish can relax for a pleasant viewing in a comfortable cinema room, called the “VIP room”. The double beds have adjustable armrests.

But there were also severe criticisms of such an innovation. The main questions were about hygiene issues. The venue’s CEO assured critics that linen would be changed after each viewing. 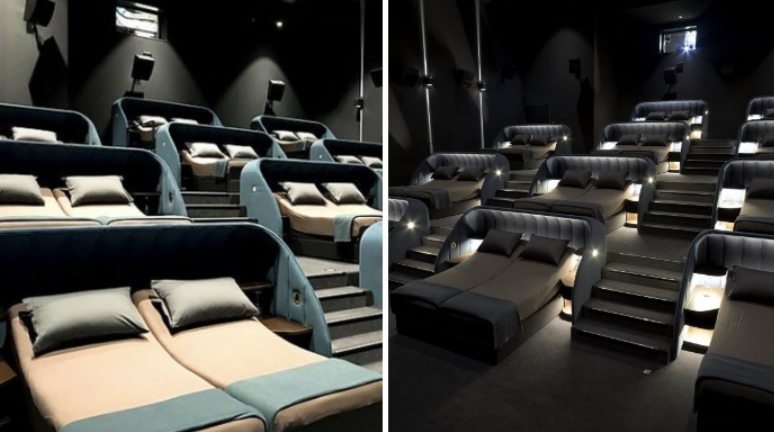 The ticket price includes drinks and food. Slippers, wine glasses and nightstands are available at an additional cost. The cost of such viewing comfort is 2.5 times higher than in a conventional cinema.

The child contacts the police: he wanted someone to help him with his homework
What do we do when we find ourselves “in difficulty”? The most obvious answer

A Man Dedicates His Life To Adopting Old Dogs Who Can’t Find A Home Forever
A few months after the death of his dog Steve Craig, he was still
This website uses cookies to improve user experience. By continuing to use the site, you consent to the use of cookies.