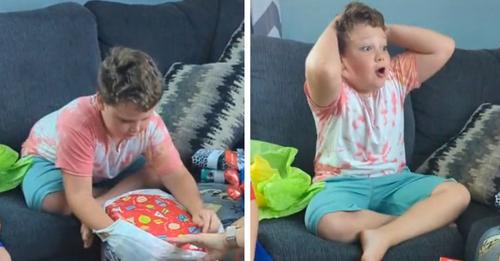 A child needs the support of his family when he grows up: a father and a mother who encourage and support his abilities and his dreams. Only then will he grow up with self-confidence and have a good chance of a successful future. Unfortunately, not all parents are like those of Sam, a 9-year-old boy who has a great passion for sewing and who is bullied by other children because of this uncommon interest among his peers. Her father, Aaron, decided to surprise her with a birthday present that would encourage her to pursue her passion: a sewing machine. Little Sam’s reaction is priceless.

There’s nothing more enjoyable than seeing parents supporting their children, encouraging them in their passions and letting them know that no matter what, the important thing is that they have fun. Little Sam had suffered precisely from his passion for sewing and embroidery, an activity that had always fascinated him despite his young age. The 9-year-old boy was teased and harassed by some of his classmates who obviously couldn’t understand how Sam had developed this typically feminine passion. But who says a child can’t sew?

Luckily, Sam wasn’t deterred by the taunts and continued to take sewing lessons to improve his abilities. Dad Aaron decided to surprise him for his birthday by giving him a magnificent sewing machine. 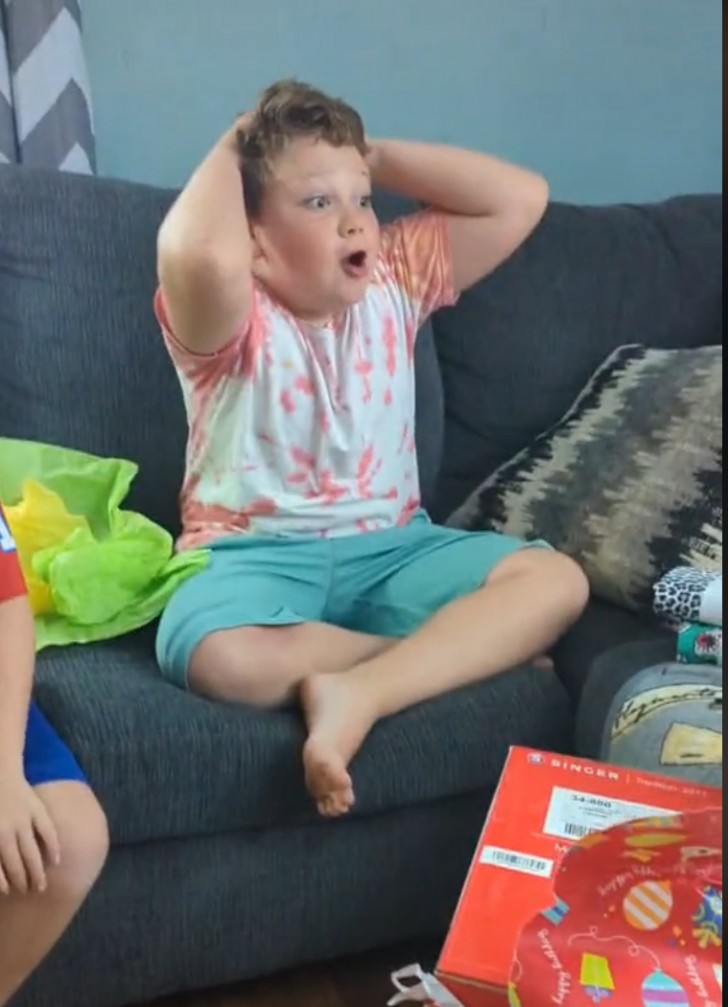 As Sam unpacks his perfectly wrapped present, unaware of what may be in the box, his father films him in an attempt to capture his reaction. When the child finally realizes what he has in front of him, he can’t believe his eyes: “It’s a sewing machine! Wait a minute, what kind of…. It’s a Singer! Thank you!”, shouts the little one, rejoicing. The reaction to this giveaway was filmed and posted on TikTok in a video that captured the hearts of thousands of users. We’re glad Sam didn’t give up on his passion because of society’s unhelpful stereotypes: a child should be encouraged to be themselves, without conditioning or instrumentalization. We are now sure that Sam will become a great stylist!

The cat Didju was taken from a shelter, and later entered the Guinness Book of Records At
Many people think that dogs are easier to live with than cats. For example,

What the most beautiful twin sisters in the world look like today
In the family of Jaka and Kevin Clements, on July 7, 2010, beautiful twins
This website uses cookies to improve user experience. By continuing to use the site, you consent to the use of cookies.