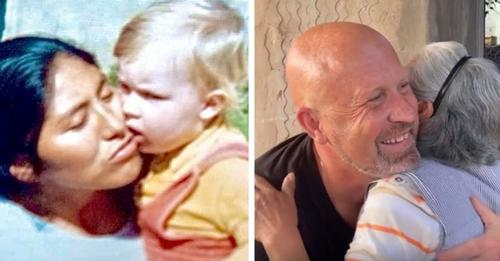 In the life of some children, it is normal to have a nanny as a reference figure. Many parents are forced to pay someone else to look after their children during the day for a variety of reasons, including work obligations. Juanito Jonsson is one of those children who spent part of his early childhood with Ana Jiménez, a woman who took care of him while his parents were missionaries in Bolivia. Many years passed, but Juanito, having grown up, had the desire to find this woman who was so dear to him. For this reason he has left Spain for Bolivia, in search of his sweet Ana.

Juanito moved to Bolivia when he was just 6 months old, following his parents, Spanish missionaries in the 1970s. Juanito’s parents hired Ana Jiménez as a nanny for their son, believing she would treat him like a son organic. And that’s what happened, of course. In addition, Ana was a young woman who had lost her son, so we can imagine the love she had for Juanito.

Even though they only spent a few years together, their bond was very strong and Juanito always carried with him the memory of the one who had been his mother at the time. At the age of two, Juanito returned to Spain with his parents and spent most of his life there. However, the desire to see Ana again after more than 30 years has never left him.

He knew she lived in a village in Bolivia, on the border with Argentina, and that’s where the man went surprise him. He learned that the old woman made her living selling sweets on the street and that she was generally not doing very well in the village. Juanito therefore set up a fundraising campaign to help Ana and repair her damaged house.

After a two-day trip, Juanito and Ana have finally found each other after 45 years! Their meeting was moving, as evidenced by the video that Juanito himself posted on his Instagram page. 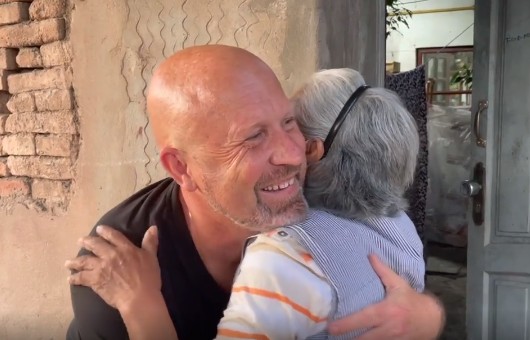 Ana was very moved and cried when Juanito showed her a photo album containing old photos of the two of them. Juanito then handed her all the money he raised from donations and invited her out for a meal and a nice walk around town.

Besides our parents, there may be important people in our life to whom we are always grateful in one way or another. Ana has been that person for Juanito, and we’re so glad the two got to meet again.

“Strong sexual energy”. Megan Fox and her fiancé appeared in a provocative photo shoot
Megan Fox and Colson Baker became the heroes of a candid video. The American

To abandon his dog, an owner threw him over the gate of a SPA which was closed
Volunteers from the Périgueux SPA, in the Dordogne, found an abandoned dog who was

How old were famous actresses when they starred in their cult films?
Shooting a film for many actors is already a great success. Some are lucky
This website uses cookies to improve user experience. By continuing to use the site, you consent to the use of cookies.