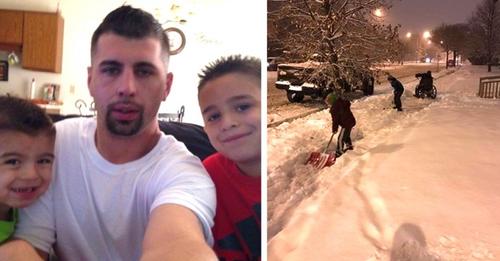 Never underestimate the decisions and feelings of children because very often they can tell us a lot more than we realize. Most of the time, they are the ones who make us think more about certain aspects of life that we had not considered. Often we witness stories where children are the wonderful protagonists of gestures of solidarity and generosity, gestures that not all adults would be able to put into practice. Daniel Medina can be very proud of his children who invited him to stop at the precise moment when, in their car, they saw a gentleman in a wheelchair who was trying to clear snow from his driveway, with great difficulty.

Daniel Medina was driving home with his two children through the snowy and icy streets of Wisconsin, USA, when suddenly the two children showed a desire to stop. The two boys, aged 6 and 10, had seen a man in a wheelchair in obvious difficulty as he tried to clear the snow that had accumulated in his driveway. Like two little boy scouts, the children immediately felt compelled to go and help the stranger. It doesn’t matter if it’s very cold and snowing, it’s their duty to help someone in need! 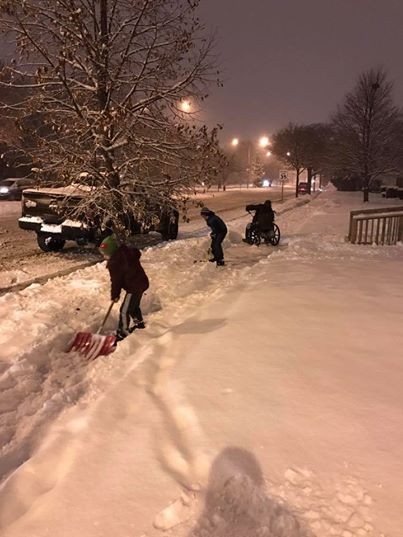 Daniel captured the moment his children help the man in the wheelchair clear the snow, adding a comment as a father: “Proud fatherly moment: we drive down S60th St near Morgan and my two sons, aged 10 and 6, ask me to stop because they saw a man in a wheelchair trying to clear his driveway and wanted to help him.” We can very well understand why Daniel was so proud of his children: anyone in his position would have guessed that he was doing a great job as a parent. If they are so empathetic and ready to help others at such a young age, we’re sure they’ll continue to be great people into adulthood!

This controversial hunter, who liked to show off with the remains of lions and elephants as trophies, was shot
A hunter known for tracking down endangered animals has been murdered in a South
This website uses cookies to improve user experience. By continuing to use the site, you consent to the use of cookies.