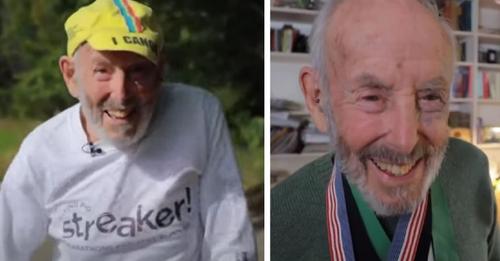 It is always said that “age is just a number”, but few believe it: yet there are people who amply demonstrate the truth of this popular saying. An example ? Mike Fremont, a centenarian from Cincinnati, Ohio, USA, is a role model for young and old alike: this spirited centenarian runs the streets near his home every day, “greeting” almost everyone who ‘he crosses. They know him well, because at his remarkable age he has been running these same paths for decades.

“Everyone is used to me, they tell me: ‘I’ve seen you here for 40 years!’ he says. Fremont is kind of running celebrity, even outside his hometown: he holds several world records for running of all kinds, even though he started the sport as an adult. He only started racing in his early thirties, after the sudden death of his first wife left him a widower with three children, including a two-week-old son.

“When my wife left me, I was very stressed and needed to do something every day to relieve my anxiety. So I used to take one of my little girls, she would hold my little finger and we would run. I liked it and thought it made me feel good,” he said. 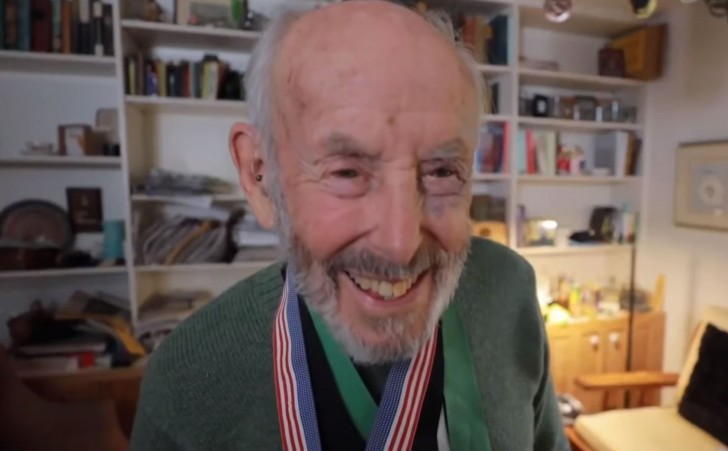 Fremont didn’t start racing competitively until after 1992, when he was diagnosed with cancer and doctors told him he only had three months to live. “It was a very difficult thing to digest,” he explained. Fortunately, Fremont lived beyond those three months, and doctors were amazed that the disease had not spread.

Inspired by the fact that he had a new pulse in life, Fremont began signing up for races: “I found out that I wasn’t bad at running. I didn’t weigh too much and I was thin. It has helped me and my macrobiotic and vegan diet. When I started to win, I also started to feel some pressure and adrenaline: I wanted to challenge myself.

A little one was diagnosed with uncombable hair syndrome
A man from India was late for the wedding, and when he arrived, the bride had already married another
The family built a house and decided to leave a small tree inside. After 30 years it occupied the entire structure of the interior
The pensioner came to the aid of a herd of elephants and they have not forgotten him.

This man traveled a long way to meet the nanny who took care of him as a child
In the life of some children, it is normal to have a nanny as

After taking refuge under a pontoon in the city, a deer was shot by hunters under the horrified gaze of walkers
The day after the terrible killing of a deer, in the Oise, a petition

Sofia Vergara is perfect in her colorful new look for party celebration
Sofia Vergara looked flawless in a sultry and colorful new outfit to celebrate her
This website uses cookies to improve user experience. By continuing to use the site, you consent to the use of cookies.