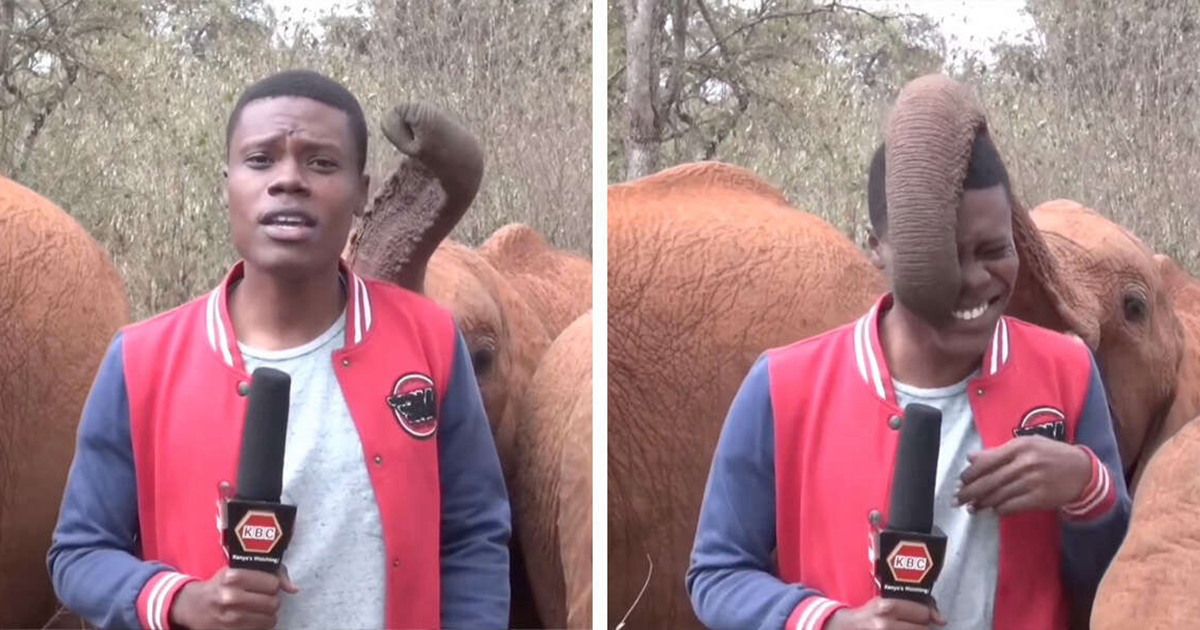 Getting the word out about protecting endangered African elephants is no picnic – except when it is.

The other day, Alvin Kaunda was filming for KBC News at the Sheldrick Wildlife Trust, a rescue and rehabilitation center for orphaned animals in Kenya, when things took an unexpected turn.

As he delivered a rather somber message about the threats facing elephants and other wildlife, Kaunda was surrounded by several young Trust residents – but they weren’t planning on just being cute background.

Although Kaunda did his best to remain calm as the elephants jostled around him, it soon became impossible for him to keep his seriousness:

Faced with this adorable interruption, Kaunda can’t help but burst out laughing.

He could have gone on to say that the Sheldrick Wildlife Trust has managed to raise over 300 orphan elephants, or that it is dedicated to protecting those living in the wild by carrying out anti-poaching operations.

Kaunda could also have added that there are ways for people to help. He was unable to comment further, however, but the adorable antics of the elephants are yet another reason to protect them.

Cooler than Pretty: Seductive photos of Brad Pitt’s new girlfriend. You may be jealous of the actor.
Since the beginning of the fall, the name of Brad Pitt has been increasingly

The couple took pity and picked up a wet, hungry Labrador from the street
Spouses Lucy and Brenden, who live in Oregon, saw a Labrador on the street,

The guy could not separate two cat-sisters and now they have become Internet stars
About five years ago, Pavel decided to get a cat. He searched on websites
This website uses cookies to improve user experience. By continuing to use the site, you consent to the use of cookies.