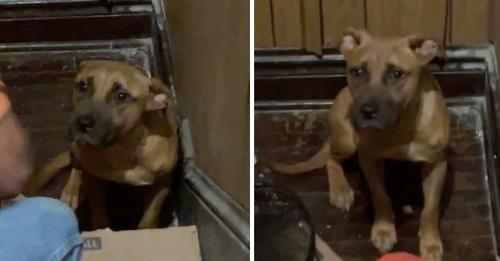 Some people treat animals like they’re things you can throw in the trash whenever it suits them. Unfortunately, these kinds of heartbreaking situations still occur today.

This was also the case for Freon, 2 years old. Its previous owners had left it alone. Tenants, they had moved into a house that did not accept pets. Instead of taking him to a shelter and finding him a loving new family, they just left him alone.

Over a week passed before anyone realized Freon was stuck in the stairwell. After the home owner contacted Stray Rescue of St. Louis, Donna Lochman rushed to rescue the furry friend. 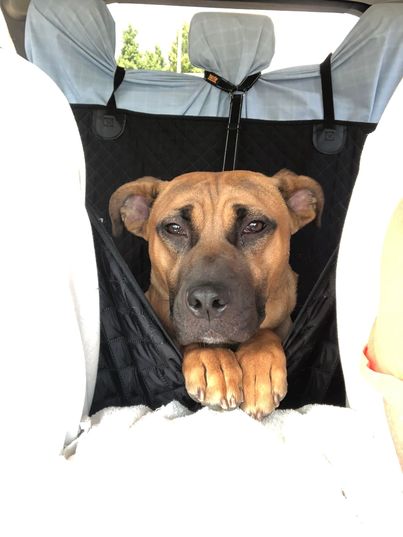 Luckily someone had left some water and food for the dog so he wouldn’t be hungry or thirsty. When he saw Donna, it was the first time Freon had seen anyone in over two weeks.

With the help of some sausages, she managed to persuade the four-legged friend to come out. Once at the animal shelter, the sweet dog immediately stole everyone’s hearts. 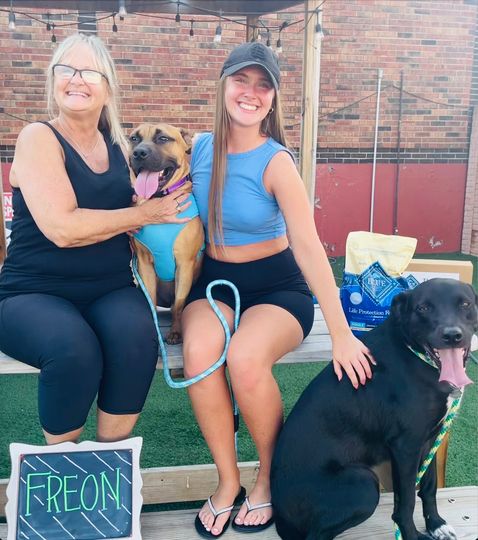 According to a Facebook post, Freon jumped for joy and wanted to hug everyone in the clinic, even when he was getting his shot. They had never seen a dog react like this before.

It didn’t take long to find a golden home for this sweet dog. It’s fantastic that Freon is now so happy with his new family and can put his tragic past behind him.

This dog can’t believe his eyes when he sees who is standing in the doorway
Sofie, a beautiful German Shepherd, and her dad Austin have been best friends since
This website uses cookies to improve user experience. By continuing to use the site, you consent to the use of cookies.