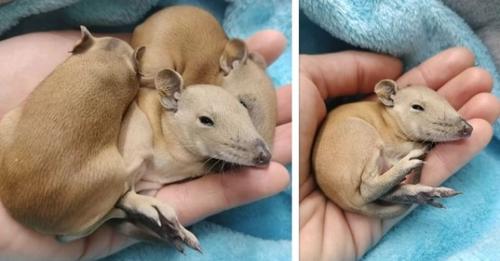 In Australia, a woman made a surprising discovery in her dog’s bed: three little quendas, marsupials, were snuggled up in the basket.

Emma Jane Kidd is a woman who lives in Australia and is the proud owner of Merlin, her dog. One stormy evening, as she approached Merlin’s basket on the veranda of her house, the young woman saw something unusual. 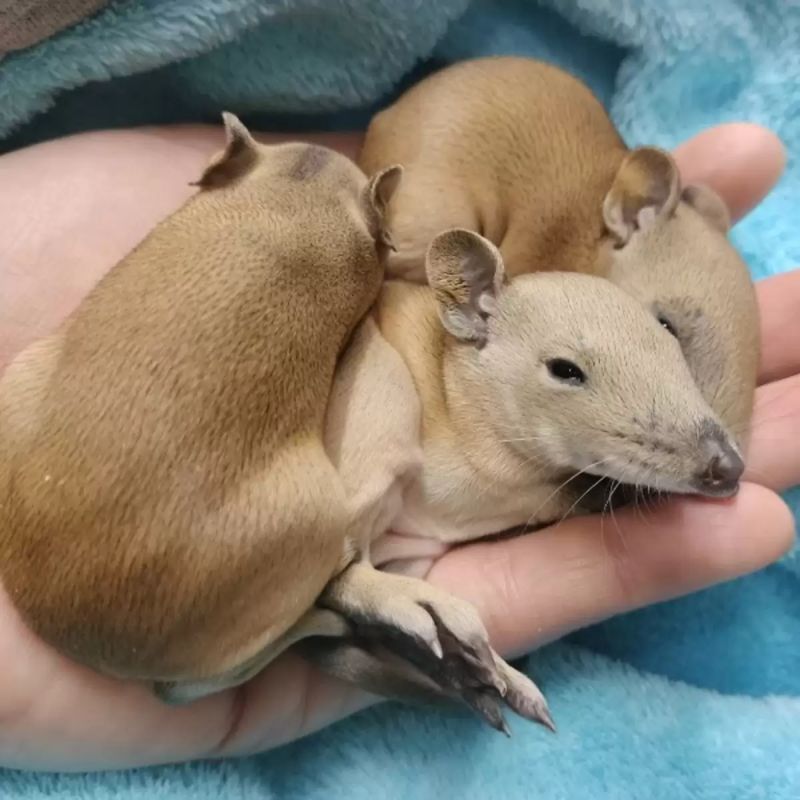 As she approached, she noticed three little marsupials huddled in her dog’s basket. The little animals were frightened and seemed to take advantage of the cover to reassure themselves on this stormy evening.

Quendas in the dog’s basket

After observing the intruders more closely, Emma noticed that the animals were quendas. Also known as southern brown bandicoots, these are small marsupials native to southwestern and southern Australia. The three marsupials were alone, suggesting that their mother had fled, frightened by the dog and its owner.

Emma quickly called the Darling Range Wildlife Shelter, an association that takes care of and rehabilitates Australian wildlife. The members of the refuge moved and were able to recover the three marsupials to bring them to safety. When they arrived, the professionals did not expect to see quendas in a house.

“Quendas usually live in local yards and bushes. It’s not uncommon to see them if you live in the hills. But these quendas making a nest in a dog’s bed and in the veranda of a house are very unusual”said a representative of the shelter.

After collecting the baby quendas, the shelter posted a message on its Facebook account to raise awareness among the Australian population and indicate the steps to follow in such a situation. Thus, if one or more quendas take up residence in a house, it is recommended to call a professional and not keep the wild animal at home. 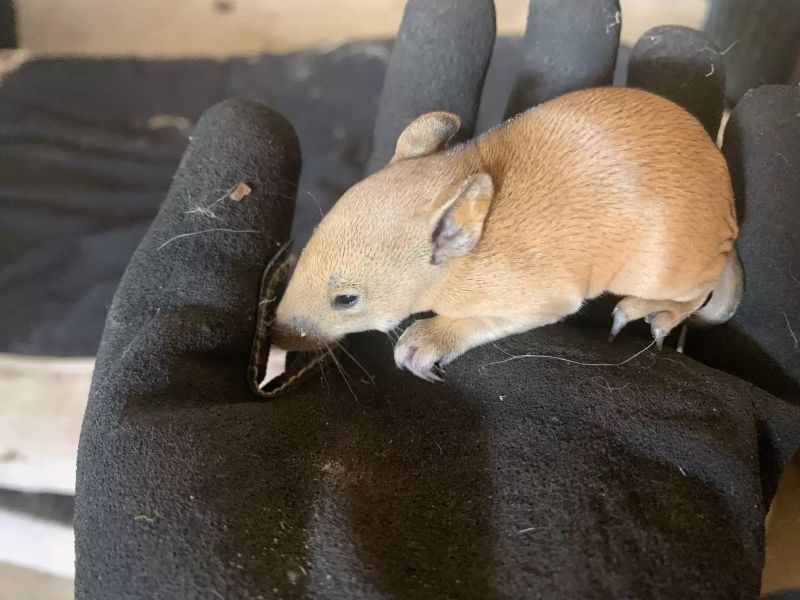 The three quendas have been taken in by the shelter and will stay in this adapted facility until they are old enough to fend for themselves. When they are ready, they will then be released into the wild.

A girl bought an abandoned building and turned it into a dream house
Sometimes buildings get a second life, so Rachel Roberts decided at the age of

Mother-of-four lost over 50kg after spotting herself in bad photo
Chelsea Dixon from Australia at 32 weighed up to 130 kilograms. Instead of trying

A unique cinema has been opened in Switzerland, where you can watch a movie while lying down
It would seem that there is nothing left that can surprise a modern person.
This website uses cookies to improve user experience. By continuing to use the site, you consent to the use of cookies.