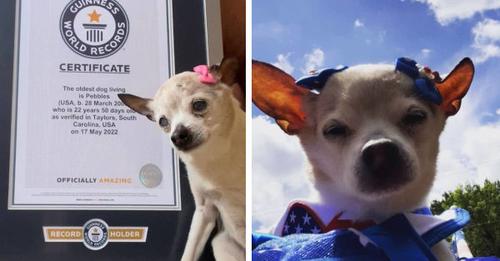 Guinness World Records reported that the adorable American toy terrier passed away naturally. During the last moments, her owners Bobby and Julie Gregory were by her side.

Pebbles was born on March 28, 2000 in Long Island. She received the record for oldest dog shortly after Guinness awarded it to TobyKeith. When TobyKeith made headlines, Pebbles owners realized she was older than the Chihuahua.

When he was adopted, and although his owners were looking for a bigger breed, they fell in love when they first saw Pebbles.

The sweet four-legged friend gave birth to 32 puppies, in three different litters, with her companion Rocky. He died in 2017 at the age of 16.

In a press release announcing the passing of their beloved dog, Julie and Bobby revealed that Pebbles was extremely active.

She spent her days listening to country music and being loved. She loved trying new things, she was pampered and above all loved”the couple said.

They added: “Pebbles wasn’t just any dog, she went her own way and had her own personality. […] it was an honor to have had this blessing of having him as a pet and family member.” 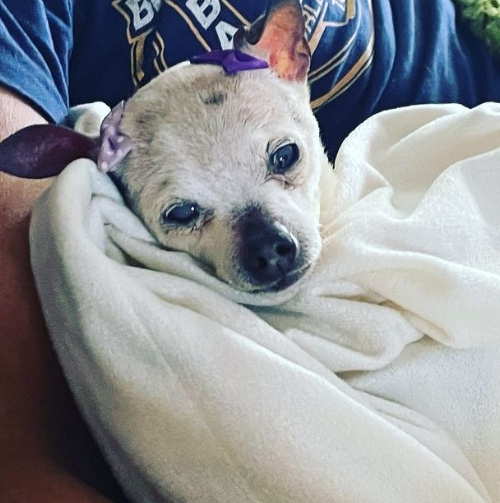 “There’s no one who’s met Pebbles who doesn’t like him.”

Rest in peace dear Pebbles. Bon voyage over the rainbow, where your Rocky will undoubtedly be waiting for you.

Older but not slower: how is Jacquouille the Rogue of ”The visitors” today.
At 70, Christian Clavier is still in good shape. Old age does not diminish

Sick Man’s Condition Improves Significantly After Beloved Dog Visits
The relationship between a dog and its owner can be incredibly strong, as anyone
This website uses cookies to improve user experience. By continuing to use the site, you consent to the use of cookies.