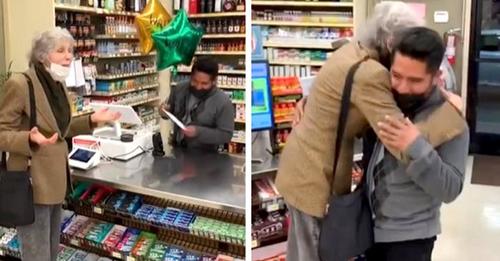 Many of us want to win a large sum of money in the lottery and be quiet for life, but only a few manage to achieve this dream.

Despite everything, there are people who don’t give up and try day after day, while others approach the world of gambling timidly and defy fate just for fun.

Among them, there is the elderly lady we want to tell you about, who, by chance and encouraged by the salesman of the convenience store where she was shopping, decided to buy lottery tickets and try her luck. Having no information on the subject, the woman confided in the young man and promised him that they would share the “loot” in the event of victory.

On an ordinary day, Marion Forrest runs errands in New York and walks into a convenience store. There, in addition to shopping for necessities, she engaged in a little chat with one of the vendors, Walter.

It was the latter who encouraged the woman to buy a lottery ticket to try her luck. The young man explained to him how it worked and told him that the jackpot had exceeded $500,000. A large sum that the woman did not know, but she decided to follow his advice.

“Ok, if I win, I will split the sum with you” – it was with these words that the elderly woman said goodbye to Walter and returned home.

A few days later, the draw took place and she, without even expecting it, won. Admittedly, the sum was much less than 500,000, but she was still satisfied. If you think that in the meantime, she has forgotten her promise, you are wrong! 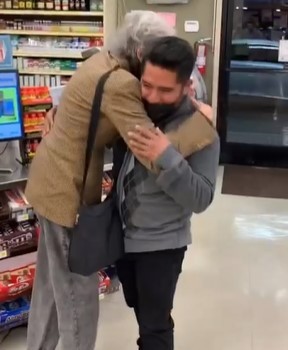 Marion remembered the deal with the vendor well and went back to surprise him. The moment was filmed by Heidi, the lady’s niece, and posted on her social media.

In the video, the woman is seen entering the store holding two balloons and approaching the checkout where the employee was standing. “Did you win?” he asks, while she replies yes with a smile. The joy is irrepressible and the other customers let out cries and applause of happiness. 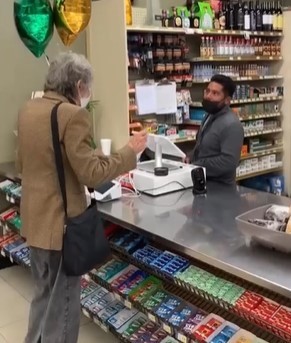 The lady had won $300not much compared to the jackpot, but she had kept her promise and that’s what really pleased her.

Who in her place would have remembered what she had said and gone back to the store to share her winnings with a stranger? Maybe a few, maybe a lot, we don’t know, what is certain is that she did it and it did her honor.

After all, a promise is a promise and should always be kept, however small. What matters is not to let the other down and Marion did not do that. Congratulations on the example she set!

Beautiful as always: Rita Ora showed off her iron abs in a bare jacket and surprised passers-by
The blonde is gorgeous: Jolie has visibly transformed and become even more spectacular
‘They’re so cute’: How are the adult children of ‘Beverly Hills 90210’ actor Luke Perry doing?
Australian mum-of-six begins successful modeling career at 30
“You won’t believe”: how is the man who weighed 265 kilograms now – he was able to lose weight three times.
How parents raise quadruplets and cope with all the difficulties
Hot photo of a real Barbie in size 62
Sick Man’s Condition Improves Significantly After Beloved Dog Visits
This website uses cookies to improve user experience. By continuing to use the site, you consent to the use of cookies.