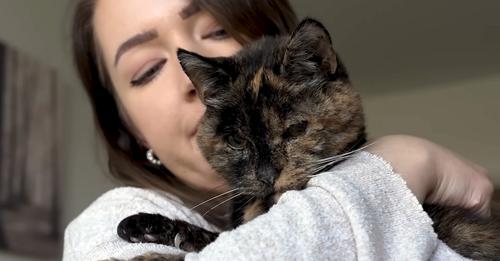 Cats are said to have nine lives, but a feline named Flossie may have even more: At 26, he’s far exceeded the average lifespan – and now he’s been officially declared the oldest cat in the world. world !

Flossie will soon celebrate her 27th birthday, and at the ripe old age of 26 years and 316 days, the equivalent of 120 human years, she has been officially named by Guinness World Records as the oldest living cat.

Flossie, a brown and black coated cat who lives with her owner Vicki Green in England, is deaf and has poor eyesight, but is otherwise still healthy despite her advanced age, and still has a good appetite.

Despite her impressive longevity, things haven’t always been easy: Flossie has known several homes over the decades and found herself homeless this year.

According to Guinness World Records, Flossie was a stray cat who lived in a cat colony near a hospital, and in 1995 she was adopted by one of the employees.

After ten years in this happy home, Flossie’s owner died, and she was taken in by the owner’s sister, with whom she lived for another 14 years, until the owner also died.

At 24, Flossie was taken in by the son of the previous owner, who cared for her for three years, until he was unable to care for her and entrusts it to Cat Protectiona British association for the protection of cats.

The charity was then said to be ‘flabbergasted’ after checking Flossie’s veterinary records and finding she was almost 27.

Senior cats often struggle to be adopted, it looked like Flossie was going to spend the rest of her life at Cat Protection. But Vicki, an executive assistant at the charity with experience with senior cats, decided to step in and give Flossie a home. 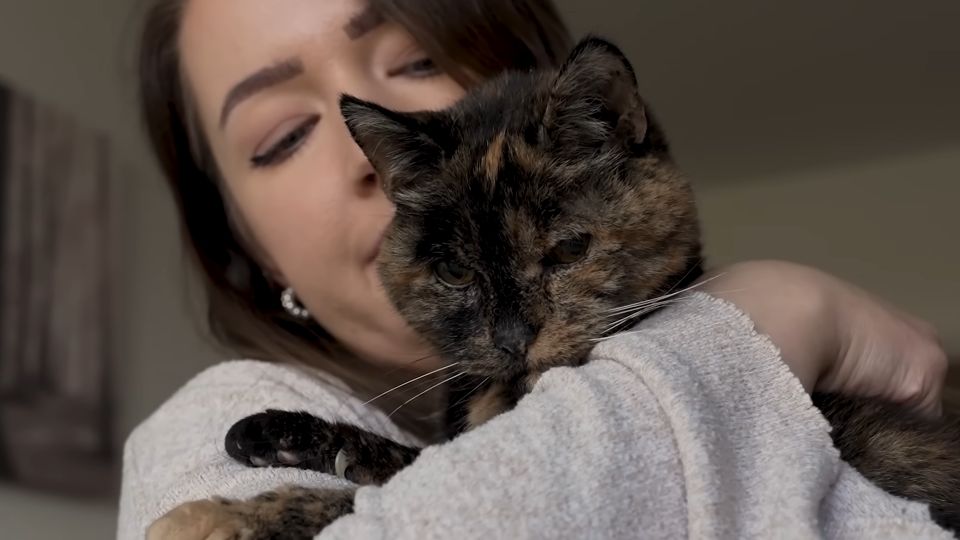 “She was noisy the first few nights because she can’t see in the dark and was a bit disoriented in her new surroundings, but now she sleeps through the night, curled up on the bed with me,” she told the Guinness World Records.

“Our new life together already seems to please Flossie, which makes me so happy.”

It wasn’t until later that she realized that Flossie might actually be the oldest cat in the world, and contacted Guinness World Records to verify the record: “I knew from the start that Flossie was a special cat, but I never imagined that I would share my house with a world record holder. »

If Flossie is the oldest living cat, she still has a long way to go before setting the all-time record: the oldest cat in history is Creme Puff, who lived 38 years, from 1967 to 2005.

Congratulations to Flossie who becomes the oldest cat in the world! We wish him a very happy 27th birthday and many years to come!

Biker Millie is the most charming biker who has captured thousands of hearts
A lonely and very modest Washington man left $11 million for charity after his death
“One looks like her dad and the other her mom”: the unique twins are 13 years old.
Deaf dog, rejected five times, finds a home and learns sign language
A young single boy became a hero father
Blondes choose pink. Charlize Theron was ‘caught’ by the paparazzi in Los Angeles
The love story of an unusual couple with a 37-year difference: the wife is 61 and the husband is 24.
A PUPPY USED A SHOE FOR SHELTER, BUT A MAN GAVE IT A NEW LIFE.
This website uses cookies to improve user experience. By continuing to use the site, you consent to the use of cookies.