This cute dog named Mu has won many fans on social media with his black and white spotted coat. The dog is very funny – its head resembles that of a dachshund and its body is all spotted, so Mu is often compared to a Dalmatian and even a cow – jokingly, of course.

Miami-based owner Victoria Hoffman said her family would never have been able to have a dog if not for the lockdown last year. Before that, there was still not enough time, then suddenly a whole heap formed – and thanks to this, a pet appeared in the house. 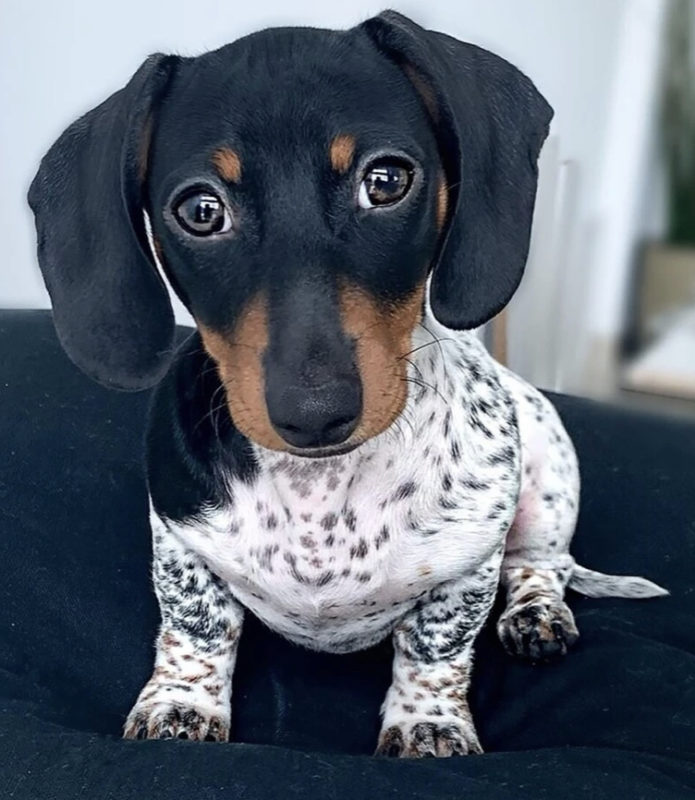 Fun fact: People seeing Mu for the first time usually mistake his spotted coat for some kind of special dog outfit or even pajamas.

The owner says that Mu is not only cute in appearance, he is also a very pleasant and cute dog. With such an appearance, Mu is doomed to fame: on the street people often stop and ask to be photographed with him. Victoria says that during the home isolation, Mu tried hard to keep her entertained – and he succeeded.

Dogs aren’t the only animals with piebald coloration. It is also common in birds, cats, cattle, horses, foxes, pigs and even snakes. 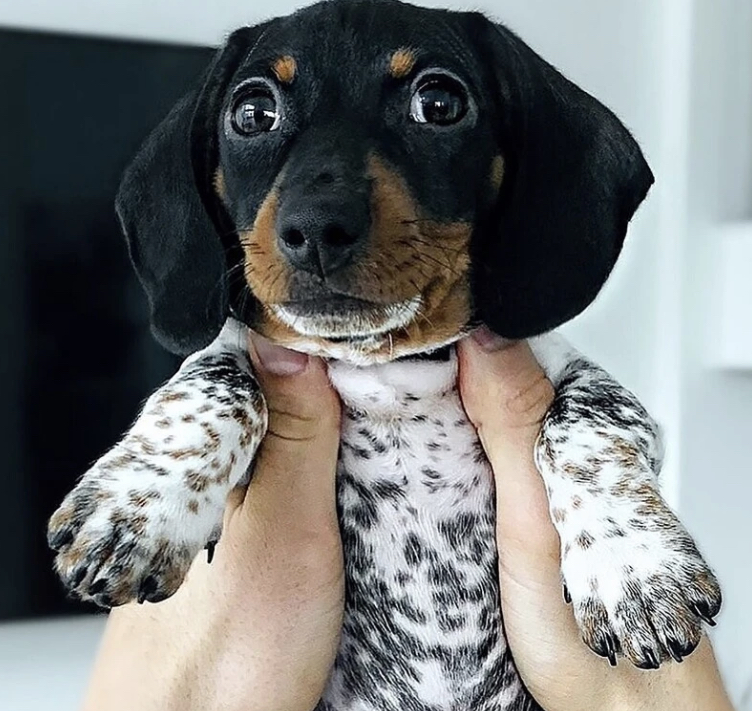 However, Mu’s color is special because the hair on the head is very different from the hair on the body. Victoria maintains an Instagram account dedicated to her pet, and it already has over 60,000 followers.

Biker Millie is the most charming biker who has captured thousands of hearts
A lonely and very modest Washington man left $11 million for charity after his death
“One looks like her dad and the other her mom”: the unique twins are 13 years old.
Deaf dog, rejected five times, finds a home and learns sign language
A young single boy became a hero father
Blondes choose pink. Charlize Theron was ‘caught’ by the paparazzi in Los Angeles
Paparazzi caught Desperate Housewives star without makeup – what Eva Longoria really looks like
Missing person reunited with family on Christmas Day through social media post
This website uses cookies to improve user experience. By continuing to use the site, you consent to the use of cookies.