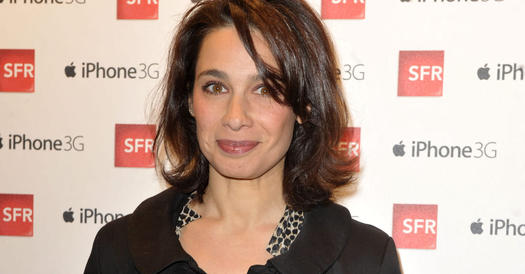 The daughter of famous singer Michel Fugain ranted on Twitter. Totally revolted, Marie Fugain explains why she is against the initiative of the mayor of Pantin, which has caused a stir in recent days…

On his Twitter account, French actress Marie Fugain revolted against the initiative of the mayor of the city of Pantin, renamed “Pantine” from 2023 in the name of gender equality. In a message posted this Wednesday, January 4, the daughter of the famous singer Michel Fugain explains why she finds the project to change the name to Pantine totally ridiculous and unnecessary.

Marie Fugain is indignant about the project to rename Pantin

In a photo posted on Twitter, Marie Fugain revolts: “The city of Pantin renamed Pantine for parity… After inclusive writing, this living scar, bullshit continues“. Then, she shares what is really important to her, “Women don’t want an E at the end of their ‘ills’ they want equal paythe same chances of getting a job as a guy or even that the latter stop taking them for a punching bag“, explains the actress.

And when a user asks her to stop complaining in the comments, she justifies her words: “I don’t understand your comment Mary? I complain or I highlight the fact that equality will be fought with real actions and not a letter of the alphabet?“. But the woman adds that she approves of his message: “It was a joke ! (…) I completely agree with you. Pantin’s decision is stupidity in name! Of course that our discriminations are not played out at the level of a name but many evils“.

Following the tweet, dozens of comments poured in and many of the actress’ subscribers agree with her opinion. A user replies: “Totally agree with you and yet I am a feminist but what a scandal. It’s ridiculous, pitiful, useless and so on“. Others try to reason with the situation, like this person who says to him: “So, if I’m not mistaken, the mayor does not want to change the name of his municipality. There will only be an E at the end of the sculpture erected in the city to raise awareness of inequalities. Certainly it will not change the face of the world but talking about it is already a good start. Hope for sequels.”

Finally, some Internet users do not understand all these criticisms, “Amazing to read this. The name and the gait may be ridiculed but symbolism is important. Inclusive writing may be mocked but no more girl will hear ‘masculine trumps feminine’. It’s about respect and real equality“, adds one of them.

An initiative far from unanimous

As a reminder, the mayor of the city of Seine-Saint-Denis, Bertrand Kern, renames the town for the whole of 2023 : “We want to challenge we want there to be an awareness of this equality between women and men which is not yet perfect, although there have been improvements in recent years“, he said on Twitter in a video for his new year greetings, on January 2.

“However, women are paid less than men, for all that women prohibit certain trades. However, the place of women in the public space is not always well accepted by artists. So in 2023, Pantin is resolutely committed to equality between women and men“. Very shortly after the announcement of the project, criticism rocketed on social networks.

Biker Millie is the most charming biker who has captured thousands of hearts
A lonely and very modest Washington man left $11 million for charity after his death
“One looks like her dad and the other her mom”: the unique twins are 13 years old.
Deaf dog, rejected five times, finds a home and learns sign language
A young single boy became a hero father
Blondes choose pink. Charlize Theron was ‘caught’ by the paparazzi in Los Angeles
A young girl brought a 20-year-old cat home to give her some well-deserved rest.
A woman finds a dog on the side of the road that keeps looking away
This website uses cookies to improve user experience. By continuing to use the site, you consent to the use of cookies.