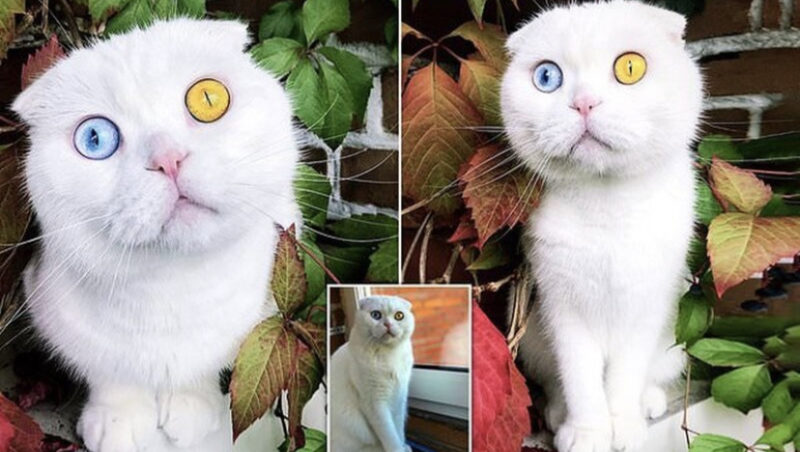 Surprisingly, this beautiful cat of the Scottish Fold breed could not find an owner for almost six months.

The breeder did his best to find a loving family, but only after 5 months the owner was found. They became 29-year-old Evgen from St. Petersburg. He says it was love at first sight!

The cat is called Joseph, he is two years old. The owner loves, cares and cherishes him with all his might. And he says the first time he saw a photo of Joseph on the web, he thought it was Photoshop. At that time, he was already desperate to find a cat he would like, but this animal fell in love with him instantly. 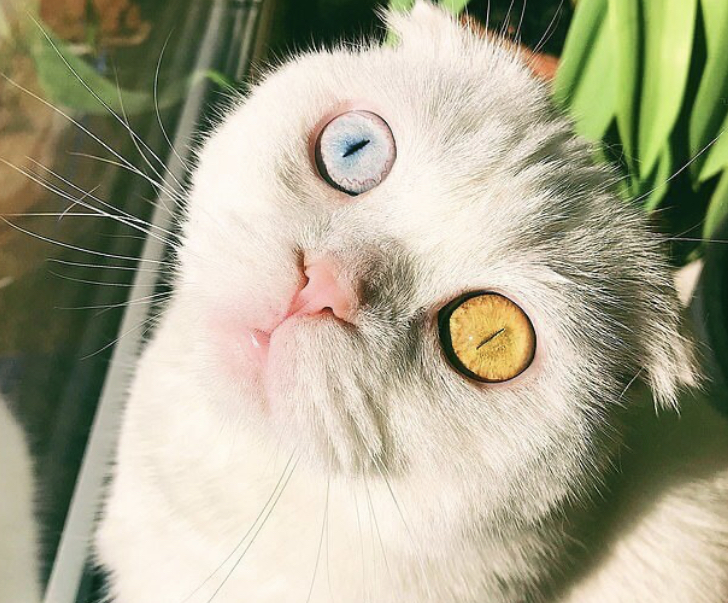 According to Evgeny Petrov, the breeder could not find anyone willing to buy a kitten with one eye yellow and the other blue. “When I saw the photo, I didn’t believe it was real, nor did I believe they couldn’t sell it in five months,” says Evgeny. “I called and was happy to learn that the photo was real. A day later, Joseph was already at home.”

This condition of the iris is called heterochromia. It occurs due to excess or lack of melanin, it can be partial and complete. Joseph has what is called total heterochromia. This does not affect the health of the animal in any way. 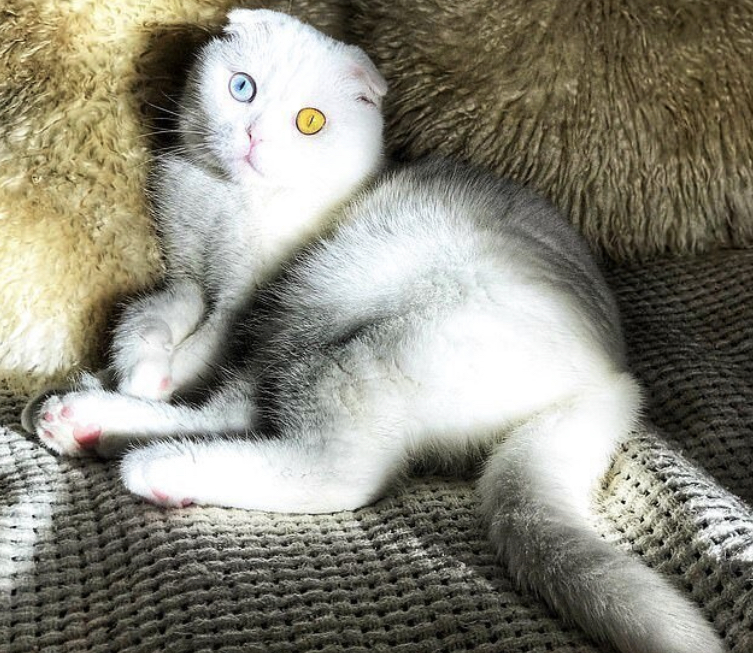 Scottish Fold cats are known to be gentle, intelligent, affectionate and very adaptable. It is also interesting to note that it is in Scottish folds that heterochromia is quite rare. Then this cat is a real treasure! And very beautiful.

Biker Millie is the most charming biker who has captured thousands of hearts
A lonely and very modest Washington man left $11 million for charity after his death
“One looks like her dad and the other her mom”: the unique twins are 13 years old.
Deaf dog, rejected five times, finds a home and learns sign language
A young single boy became a hero father
Blondes choose pink. Charlize Theron was ‘caught’ by the paparazzi in Los Angeles
Dad found an ingenious way to calm a 3-month-old baby
Unusual friendship between a boy and three giant dogs
This website uses cookies to improve user experience. By continuing to use the site, you consent to the use of cookies.